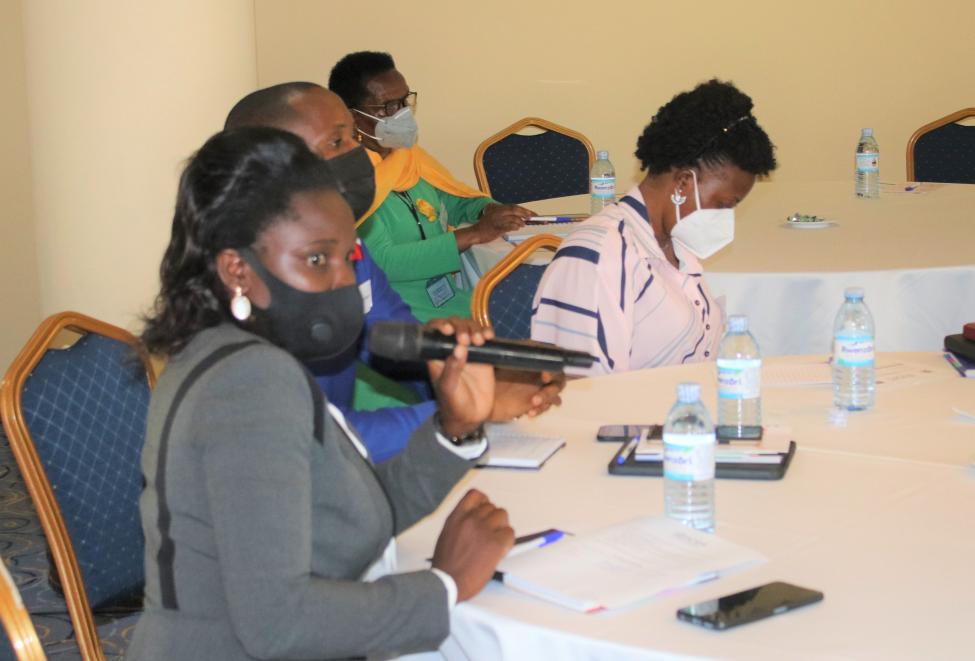 Kampala - The International Organization for Migration (IOM) has commenced a series of training workshops for 200 Ugandan legislators on labour migration and ethical recruitment.

The legislators are being introduced to the International Recruitment Integrity System (IRIS), an IOM tool on hiring and human resource best practices on international standards of recruitment, assessing recruiters’ practices, among other areas. This is expected to help the legislators champion issues to do with safe labour migration pathways and use their legislative power to promote the protection of workers.

The training programme is part of the global project ‘Promoting ethical recruitment in the hotel and tourism industry’, funded by the United States’ Bureau of Populations, Refugees and Migration (PRM). It is jointly implemented by IOM and the Sustainable Hospitality Alliance, in close coordination with the Leadership Group for Responsible Recruitment, the International Labour Organization’s Fair Recruitment Initiative.

The project seeks to sensitize stakeholders in labour migration on promoting safe, orderly and regular labour migration pathways and subsequently reduce the risk of exploitation facing migrant workers in the hotel industry and its supply chain and establish ethical recruitment.

A dozen MPs from the Gender, Labour and Social Development Committee attended the first training in Kampala.

“Legislators have a big role to play in promoting safe, orderly and regular labour migration pathways for our migrant workers,” said IOM Uganda programme manager for Labour Migration and Human Development, Odette Bolly. “Because at the end of the day, these migrant workers come from the same MPs’ constituents. Labour migration itself is not new; but we need to make sure that recruitment of migrant workers is done ethically.”

Several MPs reported that many youths in their constituencies are asking for help to go migrate overseas for work.  However, the rights of migrant workers remain a concern.

“What the rights of these migrant workers we send abroad? Do they have rights are they are just bunded about as if they are slaves?” said MP Flavia Kabahenda Rwabuhoro, chairperson of Parliament’s committee on Gender, Labour and Social Development.

“We have fragmented laws and policies about migration.  Because we do not have a comprehensive national migration policy, we have ended up abetting forms of migration that probably include human trafficking.”

The Uganda Association of External Recruitment Agencies (UAERA) estimates that more than 160,000 Ugandans are working in Gulf Cooperation Countries. According to the Ministry of Finance, Planning, and Economic Development, a total of 8,830 Ugandans left the country in June 2021 in search of jobs. However, such workers remain vulnerable to extortion and exploitation both during the recruitment process and in the destination countries.

Other than engaging stakeholders to strengthen their capacity to implement the IRIS, this project will also support the development of National Action Plans (NAPs) and enforce the Sustainable Hospitality Alliance’s principles on forced labour.